Solution #2 - a Killer solution to put Life into forms.

We dealt through the irritation caused by lengthy registration forms in my earlier blog on user experience. In case you missed or want to recap, here it is:
Kickass user experience - one solution at a time

Any application form that needs more than three inputs, puts off the users. The number of people who register drastically reduce with increase in number of input fields. However, our applications do need a lot of inputs from users. 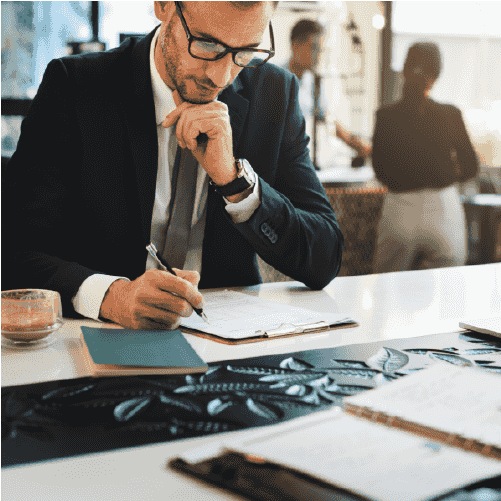 If you think further and analyse how some insurance agents or mutual funds agents became successful? 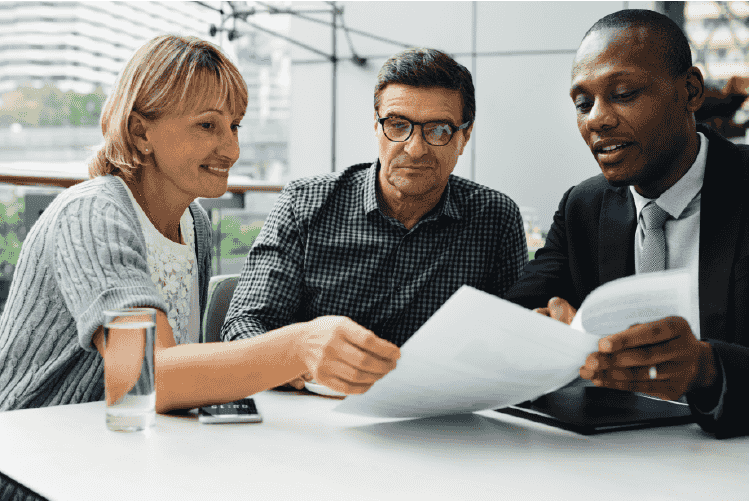 They just made your life simple while filling the forms. Most of the times they got you to just sign the form, they did all the filling for you.
Many times, agents walked you through the forms and hand-held you all the while. Only then a lot of forms got filled and events in life got rolling.
Forms within our applications can use the same principles to ease life of our valued users. In fact, they can make it even more interesting. 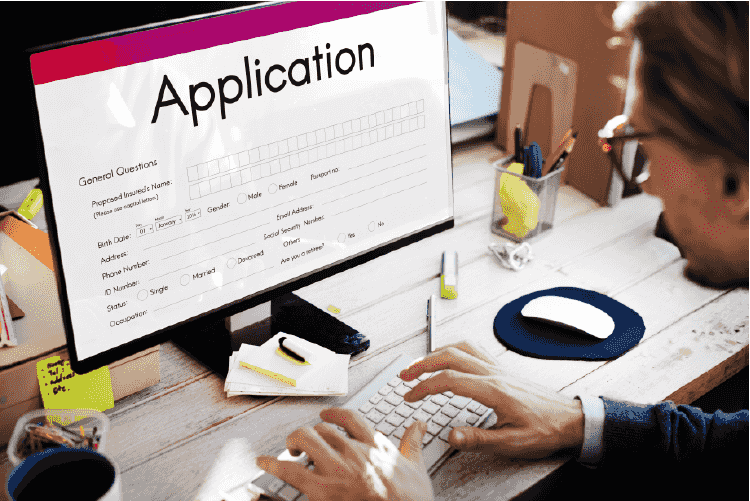 • are filled with labels and blank boxes.

• a good form is neatly organised; a thoughtful form has enough help on every field.

• an error-proof form has all the right validations in place.

• a fail-safe form has facility to intermediately save the form to avoid losing of any work.

So, there have been continuous efforts to make forms more human friendly. However, the task of filling the form is still daunting, boring, time-consuming and unclear.

Conversational forms take human element in filling forms to the next level. They strike a conversation with the user and get inputs in the form of a conversation.
Imagine a human, seeking information from you to register you for a football club.

A conversational interaction from a more human person would be “Welcome to our sports club, I will just take minute of yours, May I know your first name, your middle name and last name, please? Ok that’s great, I got it. Now I want to know some details of your physique, here at our club we tailor our training based on few factors…”

• help people relax and focus on one point at a time.

• help user know the significance of every input they give.

• synchroinise with the pace of thinking of the user.

• align with the natural process of flow of thoughts.

Let’s have a look at few conversational forms.
Here is a natural language form. It allows users to change values to have their form filled.

Here the user just points on the highlighted fields like name, age and marital status. The user then either types in or selects values that pop-up.
So when the user clicks on married, a popup with two values - a)Single b)married appears. The the user selects an appropriate option.
Isn't that cool!

Check out https://tympanus.net/Tutorials/NaturalLanguageForm/ for a live demonstration.

Another type of conversational form is a form that poses one question at a time, once that question is answered, it poses the next question. Here is an illustration. 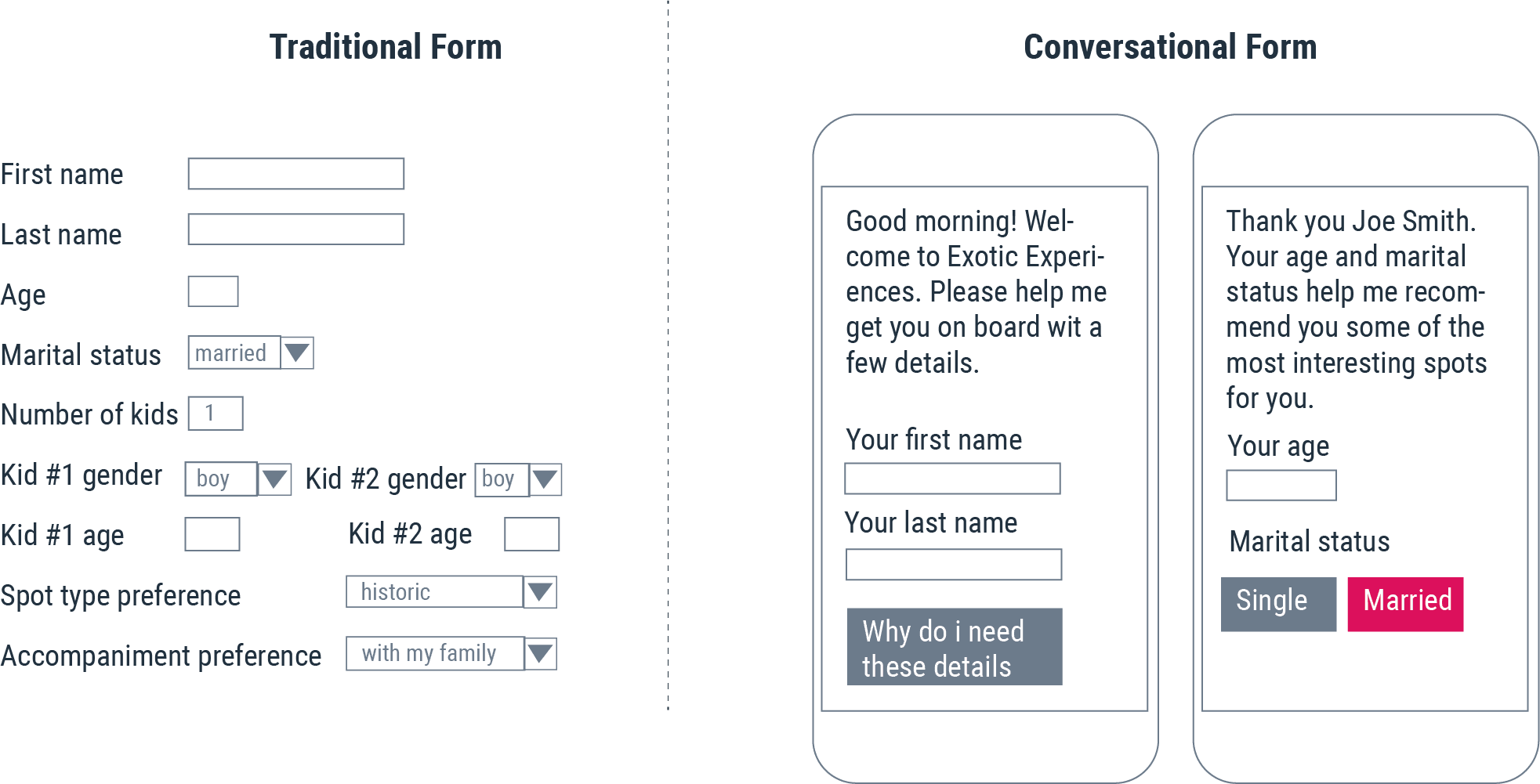 Check out https://www.typeform.com/. This is a organisation dedicated on producing conversational style forms. 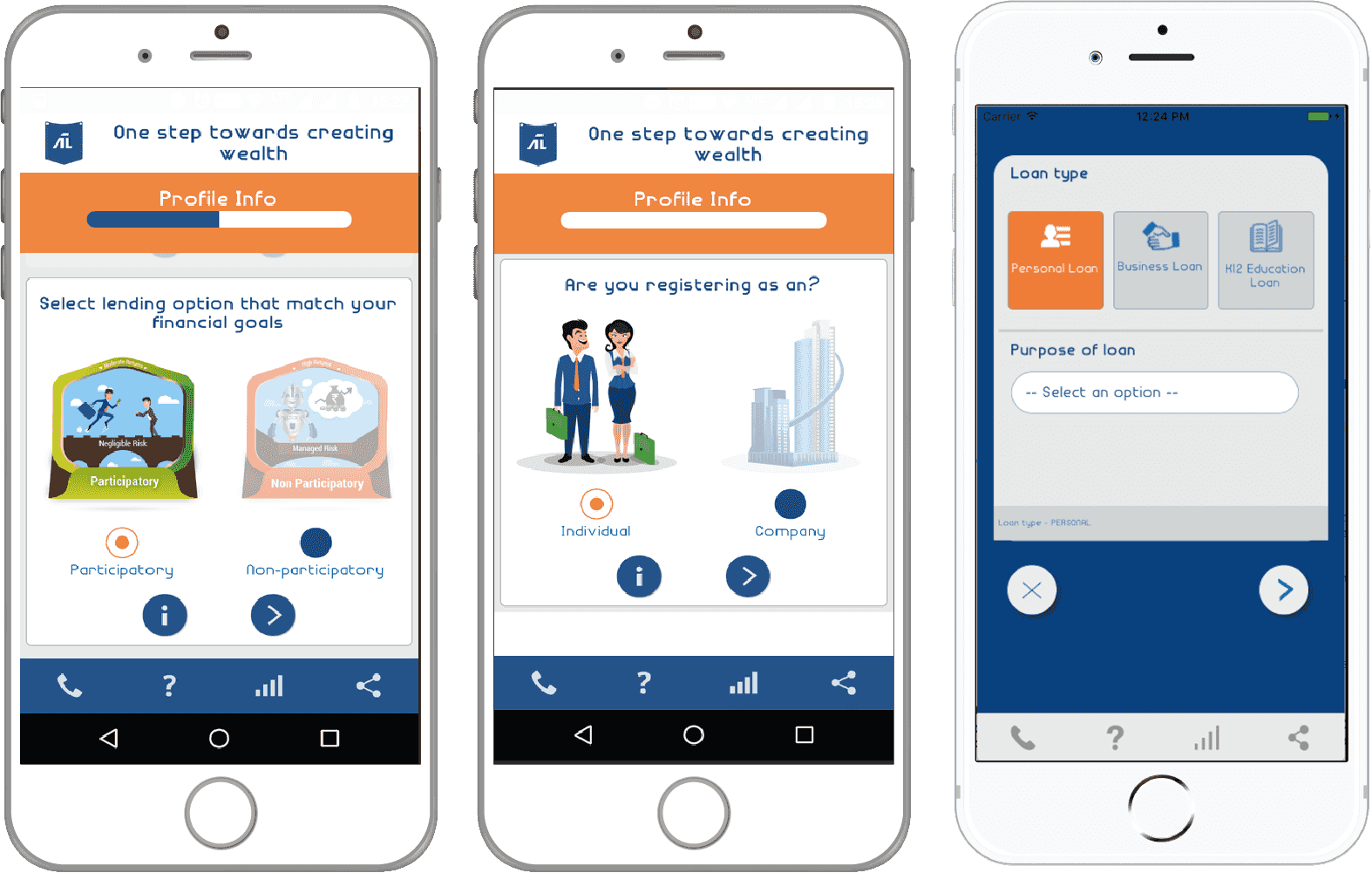 We took the conversational input to the next level in one of our projects by capturing inputs while user talked on telephone.

Yeah, we did speech to text conversion and then captured useful inputs to automatically fill a grievance form.
So, now interactive voice system (IVR), a system that every customer hates, can now be more human. It can now be conversational.
Our chatbots at Simpragma are all totally conversational. On top of that, they progressively become smarter as they converse more.

Conversational UI is the next big digital disruption as per software industry thought leaders. Check out https://www.itproportal.com/2016/04/01/why-conversational-ui-is-next-big-digital-disruption/.

Webforms are set to vanish, check-out the article, https://venturebeat.com/2017/04/25/death-of-the-webform-thanks-to-ai/.

So, it is time for forward-thinking organisations and thought leaders to take the first steps. We at Simpragma would love to assist you in taking this leap.

A Conversation with Simpragma’s Co-founder, Ankush Deshpande By Laurie Wiegler