In this ever-growing market of chatbots, almost all of the NLP engine is hosted in cloud infrastructure which means all of the user data, information and queries would be stored in the cloud. 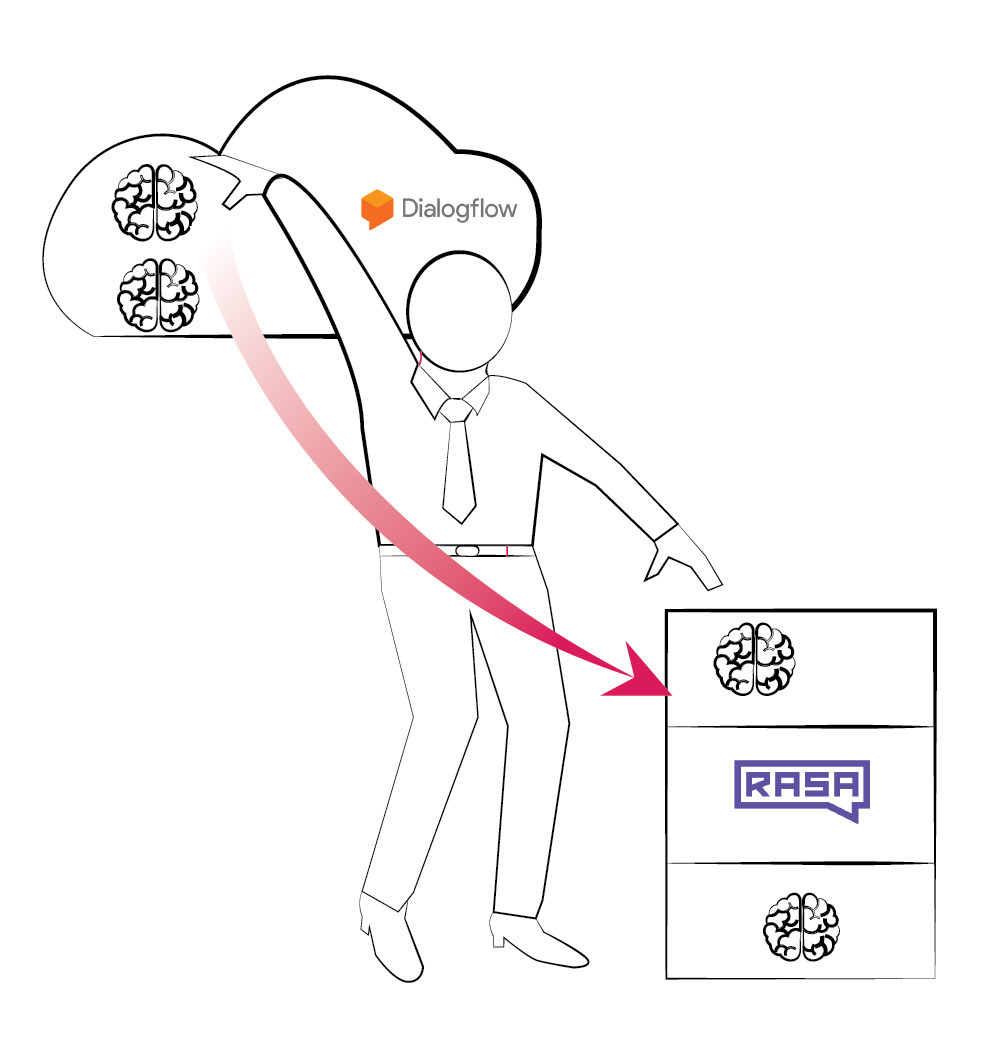 But this doesn’t attract the potential users who want to leverage the NLP technology to achieve interesting stuff such as enabling monetary transaction over the internet using bots. Prominent NLP engine like Dialogflow, MS LUIS, IBM Watson privacy policy guarantees the security of user data but a lot of potential clients are still sceptical about using chatbots.

But what if I tell you that you can own the NLP technology in your own private server or on your local machine.

“Why would I would migrate an existing operational Chatbot cause it clearly sounds like a lot of capital investment and it will require time too!”

The tool that makes this possible is called the rasa stack

The Rasa Stack is a set of open source machine learning tools for developers to create contextual text- and voice-based chatbots and assistants. Rasa stack has two components

NLU and Core are independent. You can use NLU without Core, and vice versa. In this blog I am going to cover the migration of a dialogflow agent in the Rasa Stack.

Steps for migration is given below

Login to dialogflow, select the agent and go the agent settings 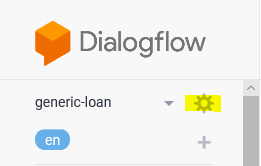 Export the agent as zip

Save the zip file

Create a file named config_spacy.json. This file contains the information about where the data is present and where the model should be stored after training. This file is essential for Rasa NLU part.

Content of the configuration file i.e. config_spacy.json should be :

In order to do the training part, open the terminal, go to the dialogflow2rasa folder and run the given command

After pressing enter, you can see that the information generated rasa training module looks similar to below image

When the training is finished you can see that there is one more folder names models is created in the dialogflow2rasa folder, where the trained model for nlu component is stored.

The Domain defines the universe in which your bot operates. It specifies exactly:

Below is a template for domain file named domain.yml (YAML File). Modify the domain file according to your own agent

Below is the template for a story file named stories.md

Stories(training data for Rasa core component) --> A training data sample for the dialogue system is called a story.

Modify the stories.md file according to your own agent

There are two ways of creating the stories.md file

During training your terminal should display information similar to below images

For training, open terminal, go to dialogflow2rasa folder and run the below mentioned command

After running above command, your terminal will display information similar to below image. As you can see the server started listening on port 5005

you can see the logs in the dialogflow2rasa folder in out.log file

Guide for querying the http server

As one can see the ease and simplicity with which migration of agent can be achieved, it is not a herculean task to privately own the NLP server that one is using for powering their chatbots

Trick of the trade - text similarity: TF-IDF vs spaCy