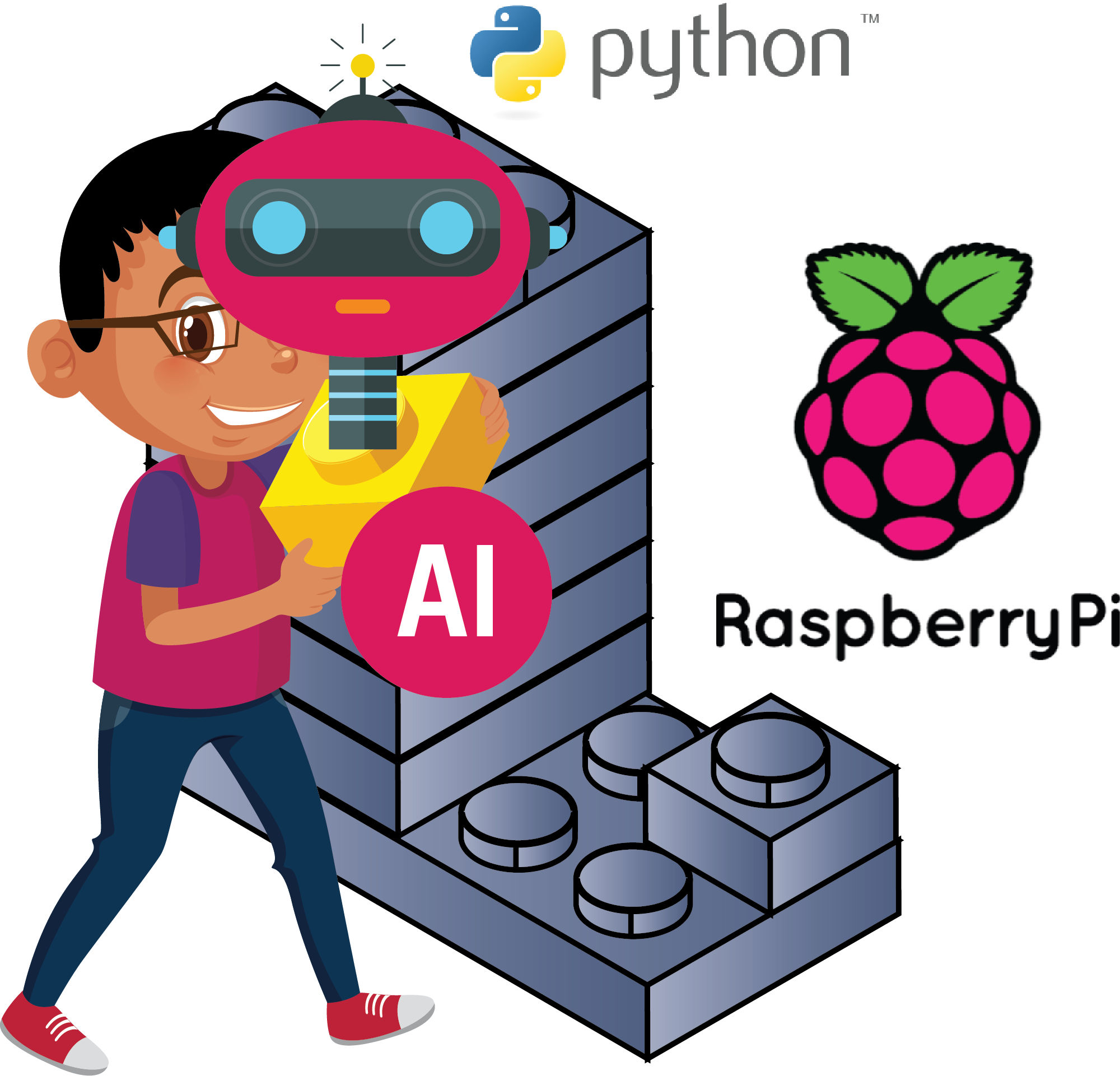 I many times get facinated by automation to help us get rid of mundane activities and boosting efficiences.

I have a lot of hunch to try out various things. On top of that, my friends provoke me asking me for solutions. For instance if I dont heat milk in my resturant on time, it gets spolit, can I monitor and heat it remotely, I want to track movement of tools inside my office, I want to know if the customer has already visited my shop and so on.

Due to digital transformation almost everyone has become tech savvy, my laundary guy, my milk guy, my news paper guy, my vegetable guy and every friend. One thing that motivates me to get into action is my experience of just talking and not doing. In few weeks I see someone else implementing it and cashing out of it. Then I feel that I just missed a great opportunity. However, now digital technology makes things very fast and easy to try.

Raspberry Pi is a simple microcomputer that has been highly adapted for quick digital experiments. It has all the components onboard to simplify integration with other hardware like camera, relay, switch and motor. I have been able to use Raspberry Pi in multiple applications. However, there is always a skepticism from my Electronics partner NGX ( http://www.ngxtechnologies.com ) that this is OK for POC, but for production we will need to put a custom industry strength hardware in place. I readily agree. And I strongly feel to confine the scope of such off-the-shelf microcomputers for POC

Artificial intelligence now does not require us to get into low level stuff like mastering fourier series before we do image recognition, R programming language and OpenCV help us implement solutions in a jiffy. Identifying free slot of car parking, face recognition and all such must-have applications are very quick to try out.

Python programming language has all the programming paradigms available in all the great languages developed till today, has many open source libraries available for integration. Most of the times I change my programming utilties and daemons from Java to Python because of the latter being rich in libaries. We ending up writing stunning short programs when we opt Python.

This makes our little garage ready to launch our startup lab. We will build a low-cost raspberry pi QR code + bar code scanner. Here is how we go about this: 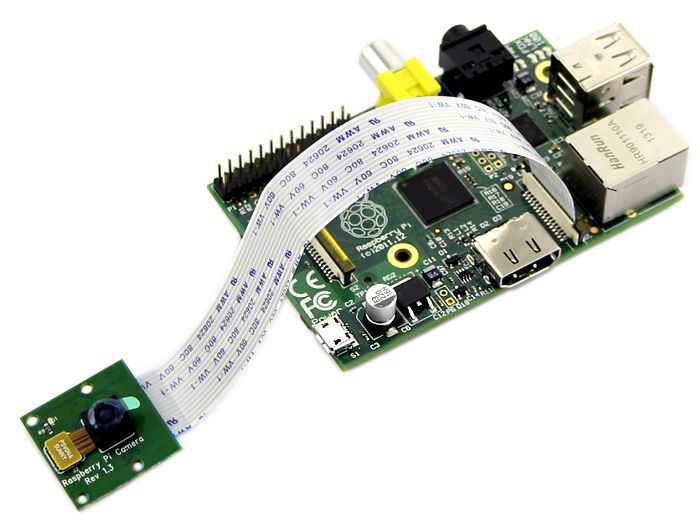 My focus in this blog is not to tell the setup of raspberry pi but to get into the programming aspect of it.

So let's get started !

General idea is to keep scanning the frames present in the video stream that is generated by camera attached to raspberry pi.
Schematic diagram for the same is given below: 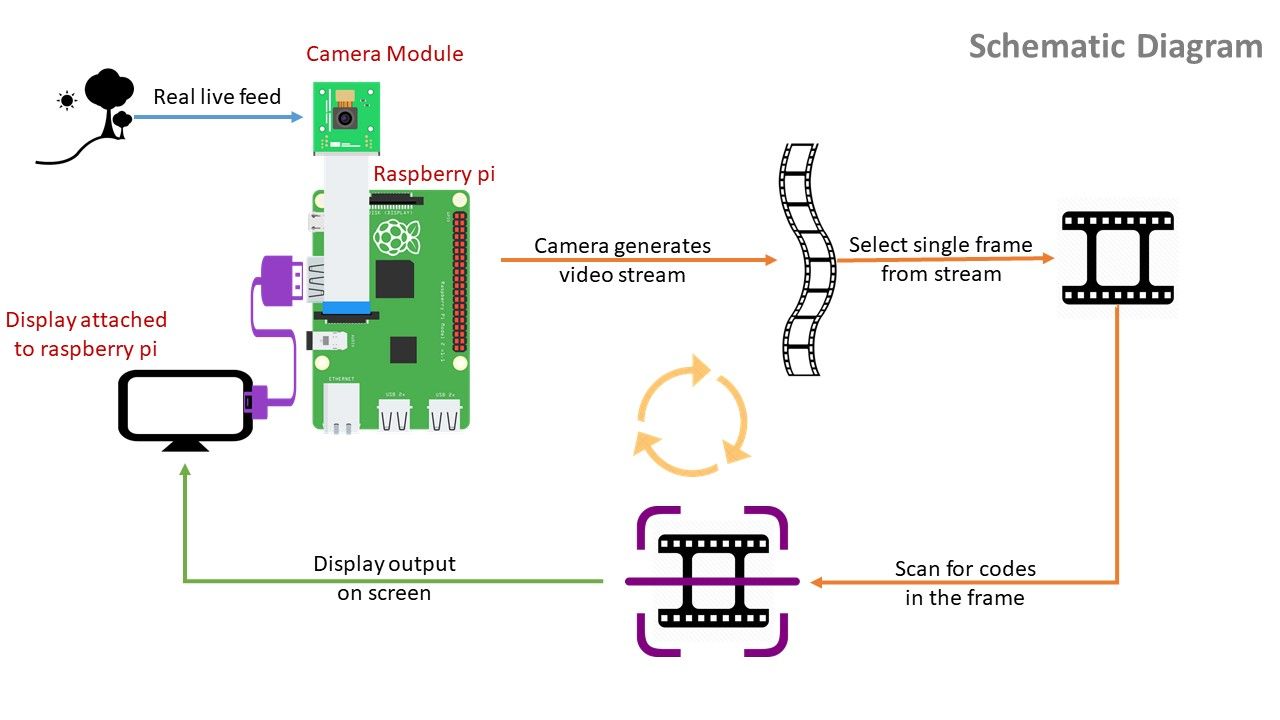 There are two files in the directory
code_scanner.py: a python script to implement functionality
found_codes.txt: text file where all found codes are to be saved or logged

Code segments in the python script are:

Let's have a look at each code segment one by one !

In this code segment, all the necessary packages are imported.
Packages and their purpose are as follows:

2. Argument parsing (not a core part)

In this code segment, the file in which the decoded information from QR codes or barcodes is to be logged is initialized. For the purpose of writing the blog we have used a text file but one can use other types of the file say the information is much more sensitive.

Opened streams, files, and windows are closed in this segment of the code.

All the code segments have their respective try-catch blocks to handle errors during program execution.

Running this script is as simple as running any python script

Just go to the diretory where files are present, open the terminal and type:
$ python3 code_scanner.py -o found_codes.txt
and press enter

you will see a window displaying the feed to the camera and when you put a QR code in front of he camera, the string that is encoded in the QR code will be displayed on the screen.